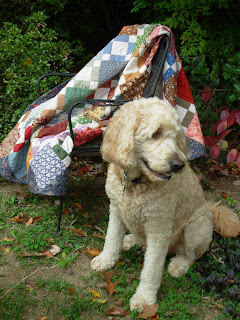 For one of my sisters 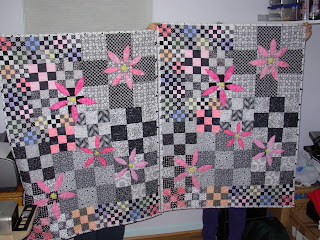 For my nephew’s twin girls 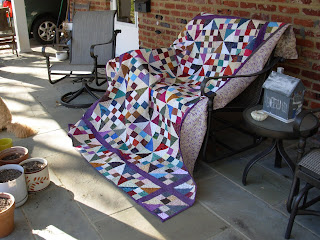 On my daughters bed here at home – not sure if it is hers or mine.
We had a merry day at my parent’s yesterday. It was a relatively small gathering – just 16 of us. My sister and her family are coming for dinner on Thursday. I’m planning a simple meal – just ham and a few sides. We had planned to do it today, but snow was in the forecast. It keeps teasing us with flurries and now I hear snow will be later tonight. Oh, well. I’ll be better prepared on Thursday.
I just mixed up some bread dough – haven’t done that in quite a while. While it rests I plan to do some quilting on my doggie quilt and continue watching Cranford, a BBC program based on a novel by Elizabeth Gaskell. I had never heard of her or her writing, but the article compared her to Jane Austen. The program stars Judi Dench and I recognize a few others from Austen movies. I enjoyed the 2 programs I watched the other night and plan on looking for the book at the library.
This is the second time I've shown pics of Duke and my 13 year old cockapoo, Penny, is jealous. Here are a couple with her taken in October. They are the best dogs in the world (I know - you have the best dogs in the world, too-LOL). 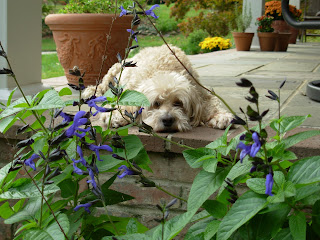 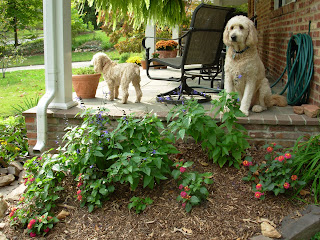