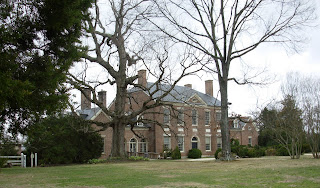 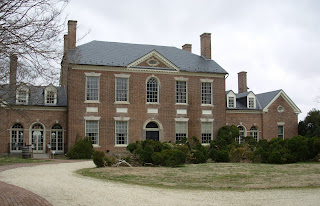 Woodlawn
Mt. Vernon, Virginia
A friend invited me to go with her to the Woodlawn Needlework Exhibition today and I’m so glad she did. There were only a couple of small quilts, but I was amazed at some of the other needlework – cross stitch, crewel, needlepoint, ribbon work, Japanese embroidery, hardanger and more. 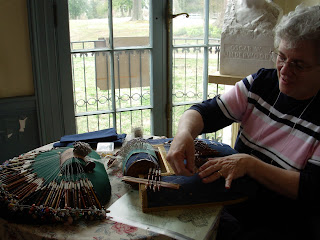 A woman making bobbin lace greeted us at the entrance.
Edit- I should have said more about this. The woman said it is really easy to do. She is only moving 4 bobbins at a time. The pattern is underneath all those pins. 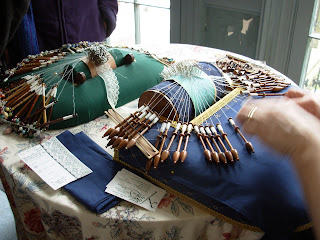 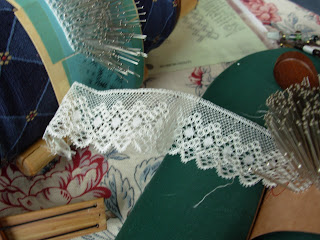 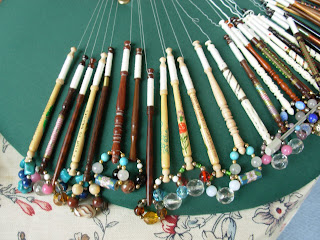 Unfortunately photos of the exhibit were not allowed.
We had a scrumptious lunch served by Nelly's Needlers in the tearoom. They are a service organization dedicated to the preservation of Woodlawn. Woodlawn was built 1800-1805 on land George Washington gave to his nephew, Lawrence Lewis, and Martha Washington’s granddaughter, Eleanor (Nelly) Park Custis, at the time of their marriage.
My friend and I were very inspired – me with the cross stitch and my friend with the Japanese embroidery. We stopped on our way home at the needlework shop, In Stitches Needlework, located a short distance from Woodlawn. A very nice woman helped me pick out this floss and linen to make this little pin cushion. Not that I need another project, but at least this one is very small and I have done cross stitch before -though never on linen. 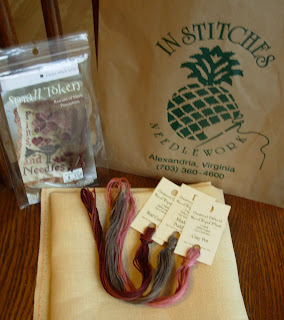 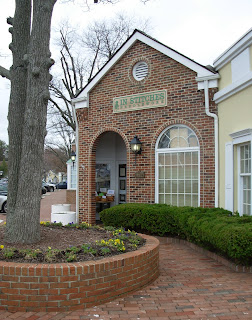 Other than chasing Len the beagle and attending chapter meetings to sign up volunteers for the quilt show in June, I have been doing a little of this and a little of that... 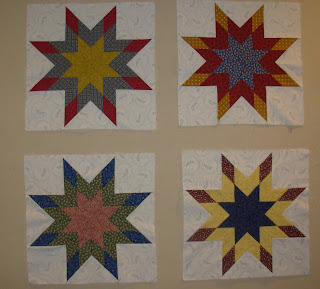 These 4 blocks were made a loooong time ago in a class using Marti Michell templates. As I recall the first one was the best one as far as puckers, but now they all look equally puckered to me. They should measure 12” but are just over 11”. Not sure why I never did anything with them other than the fact that I knew they were not constructed well. About a year ago I started thinking of doing a 4-block quilt with an appliquéd border, but as with many of my appliqué ideas nothing happened. 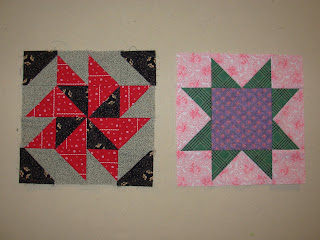 They came to mind recently when I was thinking of these young orphans – the first 2 blocks of the Barbara Brackman Civil War block of the week project.
Could I combine them and add more blocks to create a big, scrappy star block quilt? 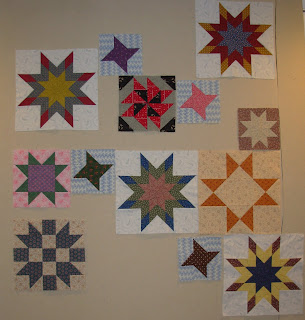 I think I can. 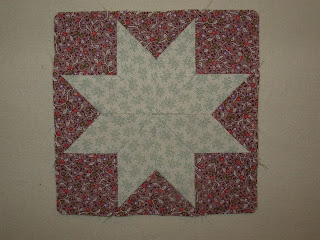 I’m so proud of this little LeMoyne Star I made a couple of nights ago. It is pretty flat and measures 6 ½”, as it should. I think I succeeded at this one for a few reasons other than just more experience. My Bernina grabs the fabric better than my old machine and I feel like it just gives me a better stitch. Also, the Lemoyne star doesn’t have as many pieces as the Morning Star (as the block was called in the class) and I took my time making it. I used the instructions that came with the templates and thought – gee; they should include a little more detail and give pressing instructions. The following morning I searched the templates online and the companion books popped up. Oh, I have that. It is pretty bad when you have so much you don’t remember what you have! I pulled the book out (at least I knew where to look for it and it was there) and yes, very detailed instructions on the stars and more. 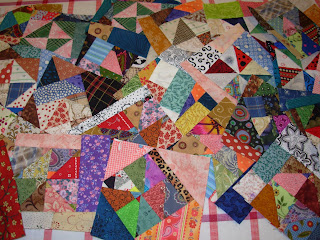 The pineapple blocks created a lot of little scraps so I made 23 more 4” crumb blocks. 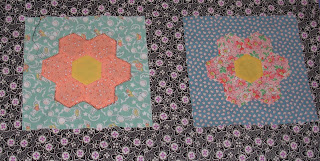 I did a blanket stitch around one of the hexagons and decided I like it. I like it better in person than in the photo. Next time I need to do what I know needs to be done and stabilize the flower before stitching so the background doesn’t pucker. 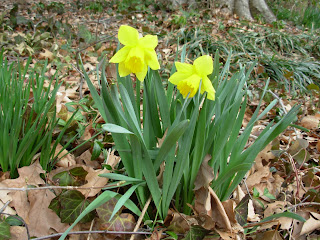 Look what I found in my yard this morning. Do they look puckered to you?
Posted by Maureen at 9:30 PM