Snowed In and Stitchin! 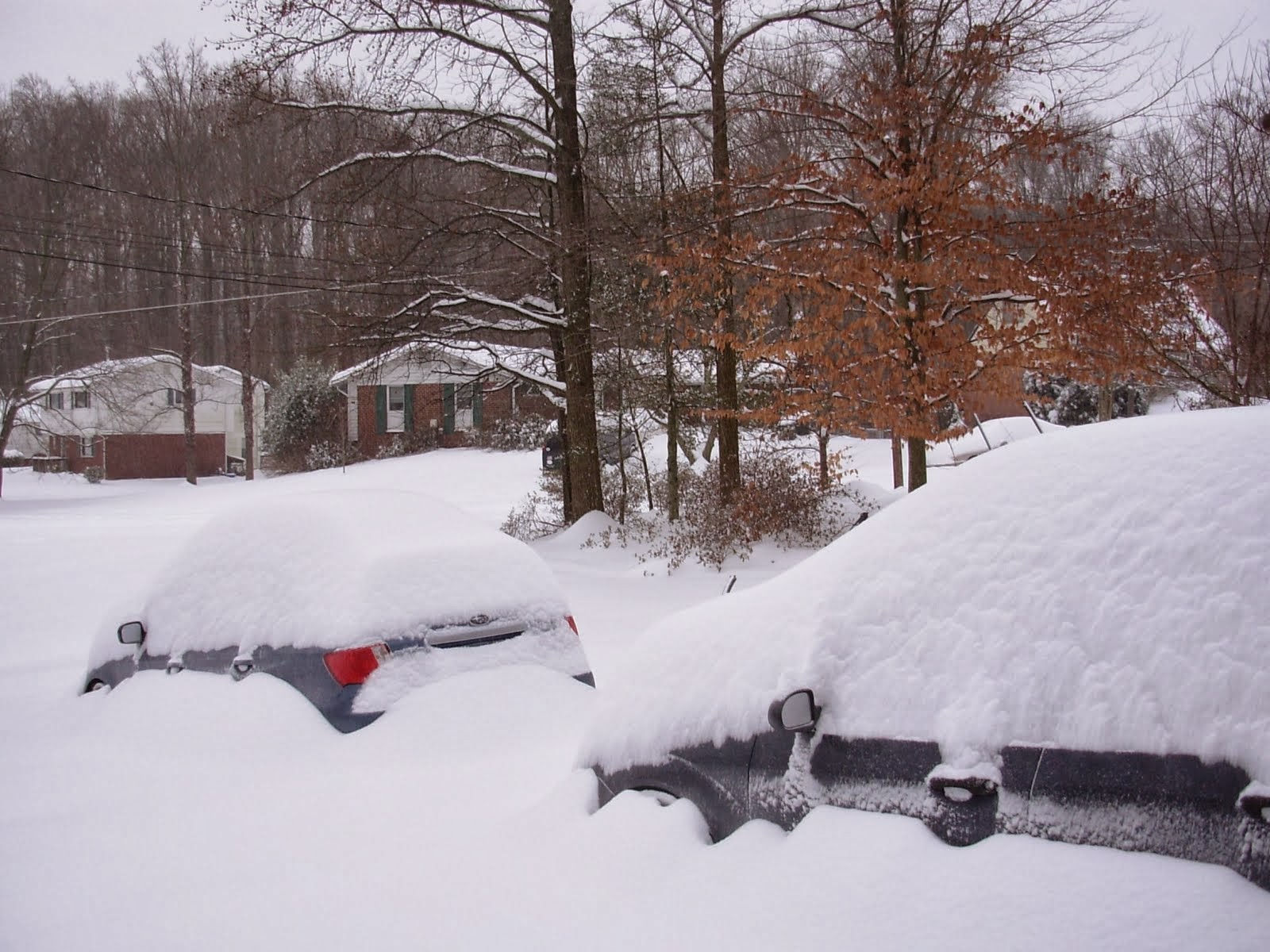 We are well and truly snowed in. It is now sleeting for good measure. If only I wasn't dealing with a geriatric cockapoo who had to do her business at 3 o'clock this morning. I ended up having to dash inside and upstairs to get my snow boots to rescue her as she kept going farther into the snow despite it being as tall as she is. She actually seemed a bit peeved when I picked her up out of the snow!

Awake and knowing my oldest son was probably out at work delivering The Washington Post there was no hope I was going back to sleep. I decided to enjoy the peace and quiet with a cup of tea. My son called at 7AM saying he had gotten his papers and started his route but got stuck on the first street. He dug himself out and went home to his apartment. I wish his customers knew he gave it his best effort. 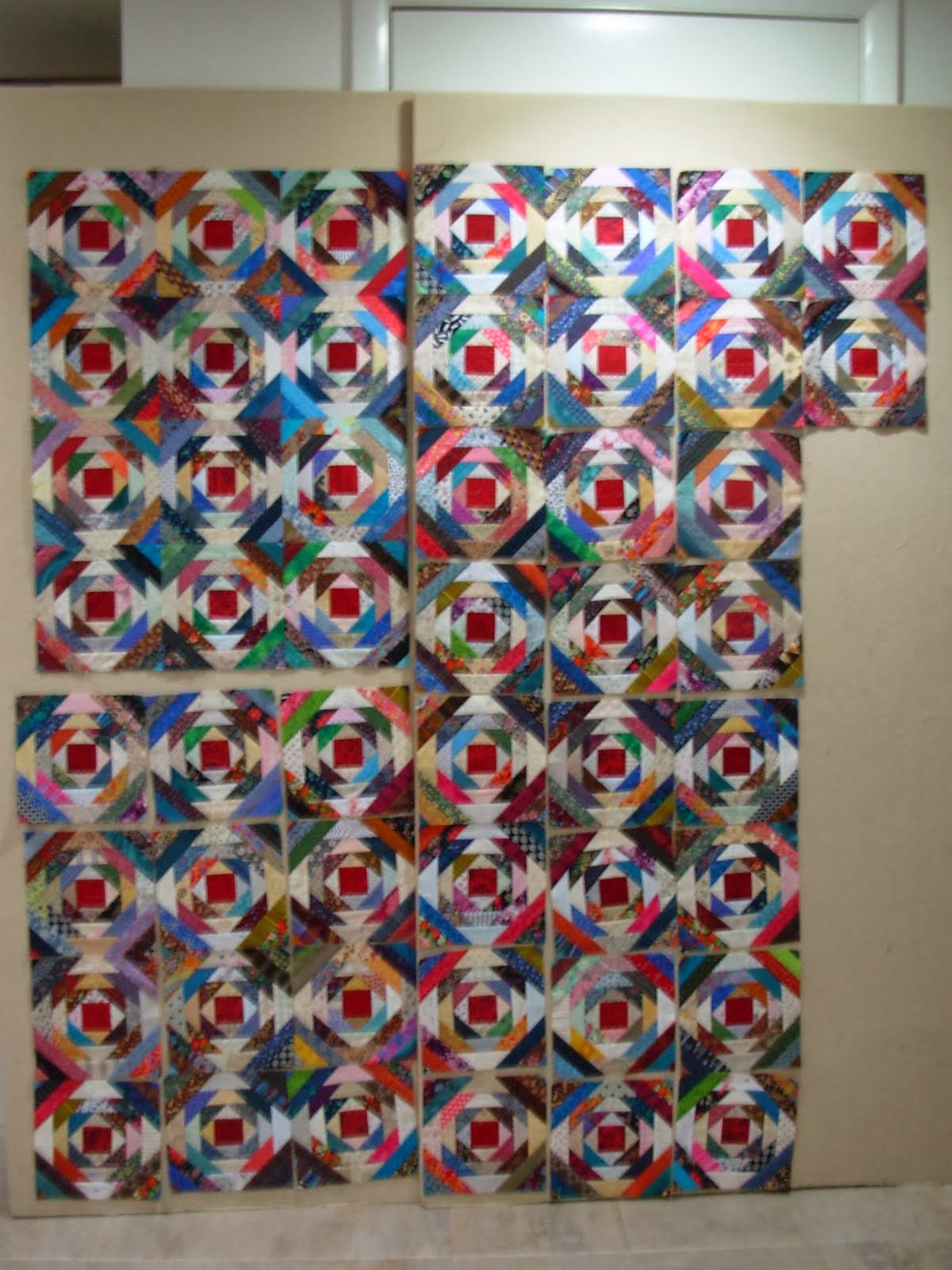 This is what I'll be working on today. My tutorial on how to use Gyleen Fitzgerald's Pineapple Ruler is my most popular post. I decided it was time to get these blocks out and at least finish the top. Nancy, who teaches at Jinny Beyer Studio, just shared her completed scrappy pineapple quilt at our guild meeting. She used a Jinny Beyer border fabric to finish hers off and it looked great. Isn't imitation the sincerest form of flattery?
Posted by Maureen at 8:20 AM 13 comments:

How long did it take? by Astrid Hilger Bennett

It took a life.
It took pain and elation, sorrow and joyousness.
It took death, it took birth.
(It's about expression, you know.)
It took war and fear and dread and cancer.
I took the loss of a parent in great pain.
It took trust. And regret.
It took eroticism unbound.
It took intoxication of scent, of lilacs, of the softness of rose petals.
And that was just the painting part... 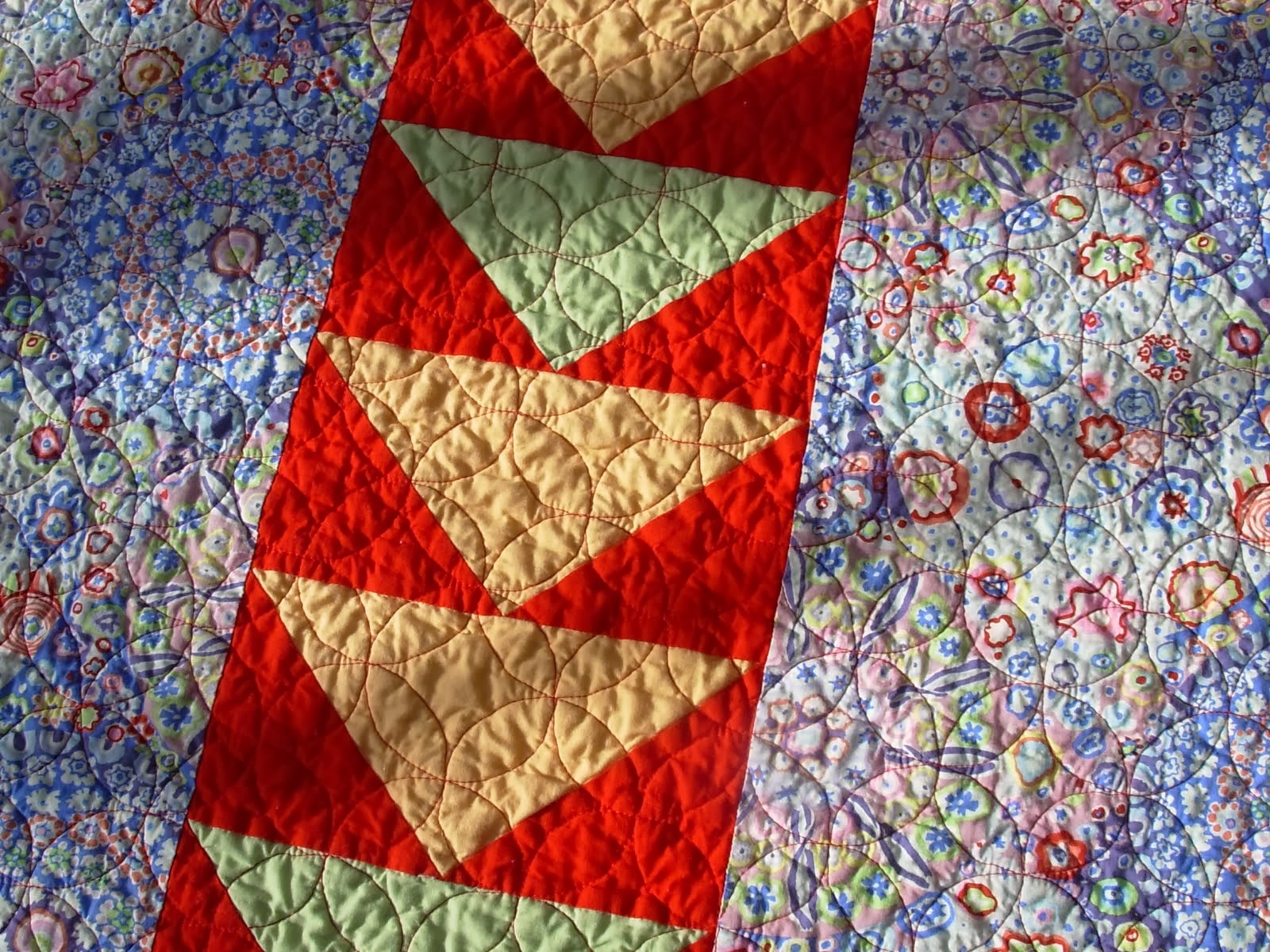 It took sewing that herringbone wool suit in seventh grade.
It took the isolation of being a student in an art-starved high school.
It took many needle pricks.
It took delay, learning to life-flex.
Cradling feverish faces instead of paintbrushes. 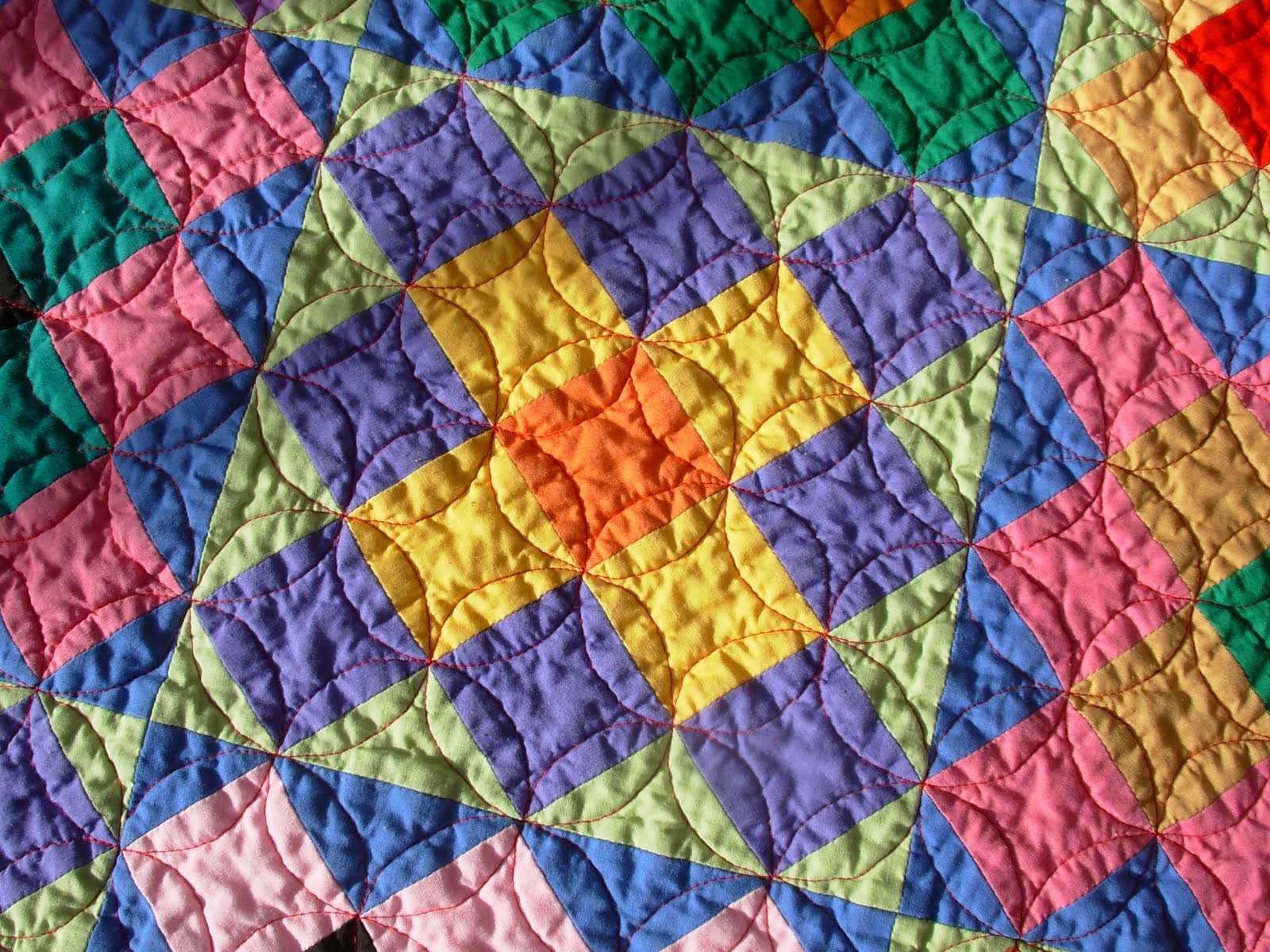 It took crystalline stillness on a moonlit January night.
It took the experience of seeing true red, of an autumn that might have been missed.
It took the profound experience of my mother's favorite National Geographic yellow following her passing.
It took Shostakovich. And Bach.
And Miles Davis and Etta James.
It took children squealing in sprinklers and clutching bloody knees.
It took depressing realism.
It took mortification and embarrassment.
It took solitude and silences.
Aloneness.
And sometimes, lonesomeness. 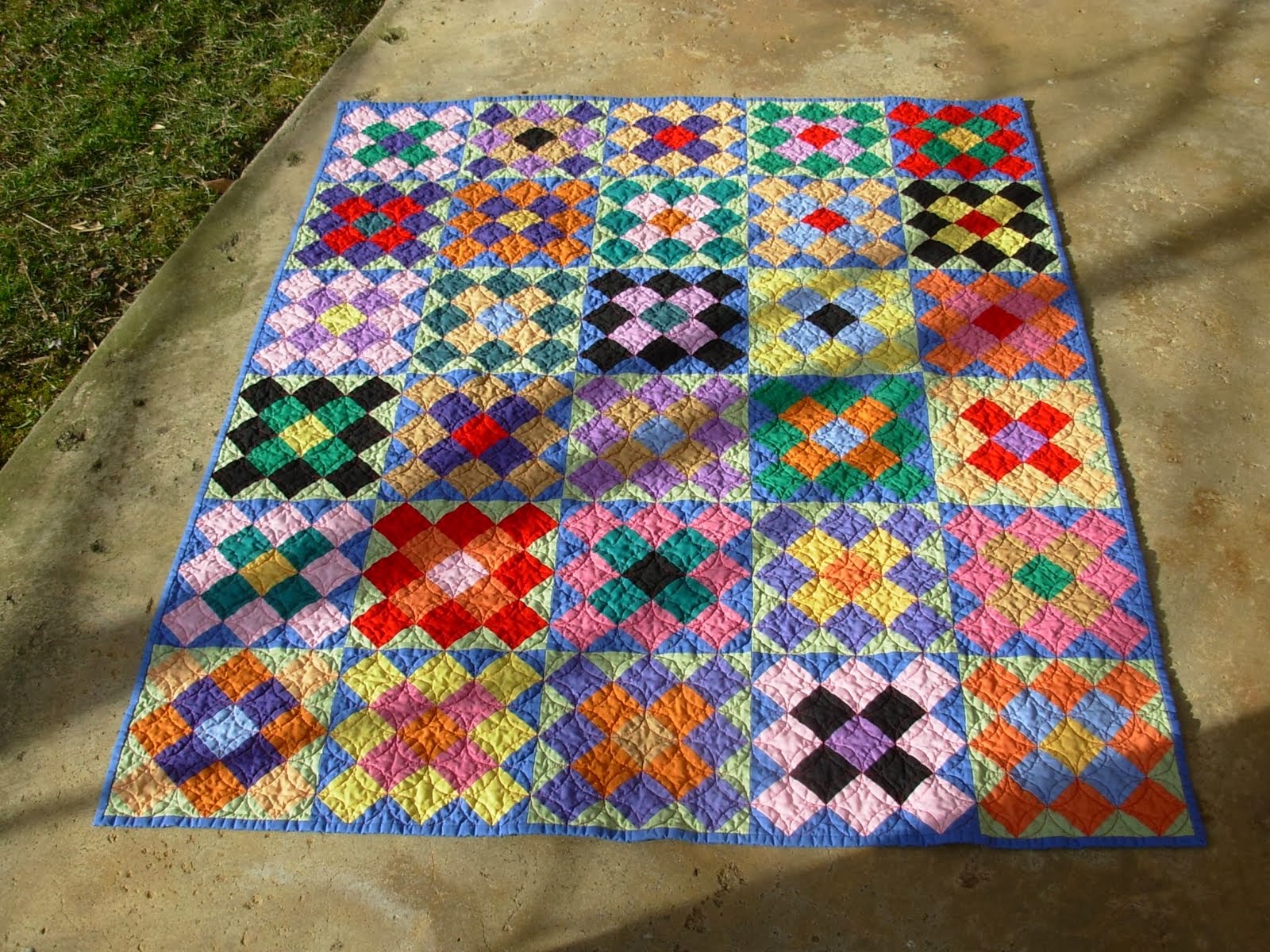 It took pursuit without reward. And truth.
It took years of study.
It took a supportive spouse and friends.
It took threads getting caught in the sewing chair casters.
It took packages of broken needles.
And bandaids.
It took a cat or two, come and gone.
It took yoga to insure being able to work on the floor.
It took the struggles of all those forebears. 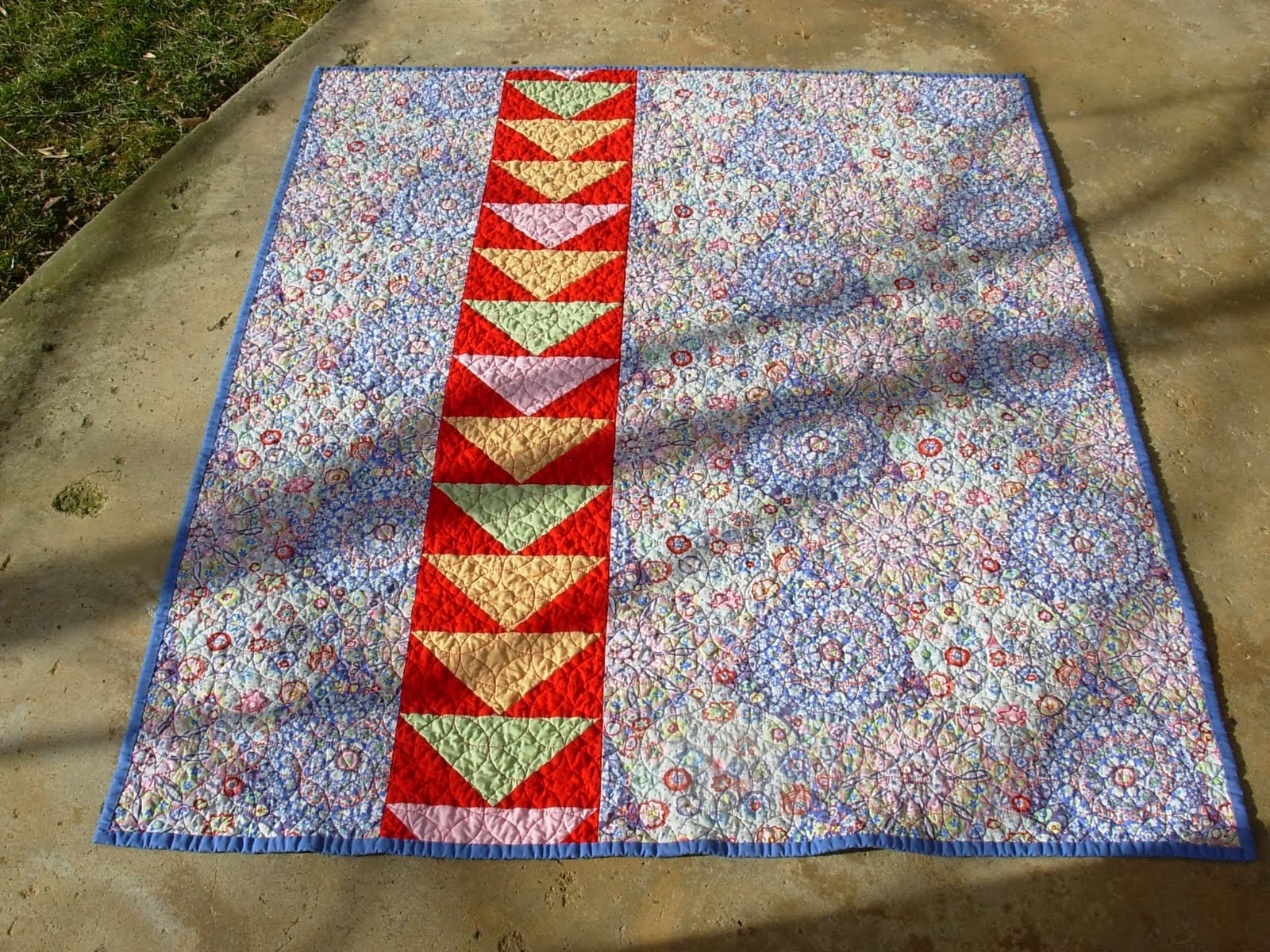 You see, it's not just a blanket.
It's a piece of life.

By Astrid Hilger Bennett
Posted by Maureen at 5:02 PM 18 comments:

The Warmth of Other Suns by Isabel Wilkerson